Make Your Home a "General Store"

This is a GREAT article by Carolyn Nicolaysen - written for Meridian Magazine.  She shares some powerful ideas for safety in these latter-days.  For years we've been taught to prepare.  I've posted many of those preparedness teachings from Prophets HERE. 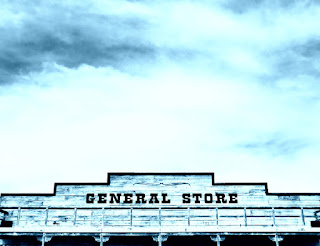 Enjoy Sister Nicolaysen's article:
"Down through the ages, prophets have called us to action – to prepare ourselves and our families both spiritually and temporally for tests and opposition. While Noah called the world to repent, he and his family followed God’s command to build an Ark. And Joseph with his coat of many colors was first betrayed by his brothers and sold into slavery, then became a ruler of Egypt - eventually ruling over his brothers, and saving their families temporally through his provident leadership. We learn from the Book of Mormon: "But behold, this was an advantage to the Nephites; for it was impossible for the robbers to lay siege sufficiently long to have any effect upon the Nephites, because of their much provisions which they had laid up in store." (3 Nephi 4:1)
Few in the world are willing to follow the counsel of modern prophets that real peace can be found through preparing ourselves spiritually to rely on God, and working temporally to be self-reliant. As President Ezra Taft Benson said, the world has it backward – advocating that man should be independent of God, while making a claim on government for temporal support.


"For the past year I have encouraged readers to look at their home inventory of food and supplies as a kind of “General Store.” Why a General Store? Just generations ago, a General Store was the source of all the basic goods required to care for and sustain a family. A General Store stocked food, clothing, fabric, gardening tools, seeds, medications, shoes - everything you needed. There was a post office tucked in one corner and often a bank in another.
"You too can create a General Store in your home and become ready for whatever may come. What can you do to get started?"      READ FULL ARTICLE HERE